A downloadable game for Windows

Made for the Haunted PS1 Summer Spooks Jam

Humans are on the verge of extinction. The FLESHSTEEL God arrived in a tempest of meat and metal.

Flesh rained down from the heavens, bathing the land in a substance that not only fused metal and bone, but brought them to life for one purpose:

TO SERVE THE FLESHSTEEL GOD.

Race through the city of New Angeles, completing missions and performing stunts to appease your new deity.

Find secrets and unlock new vessels to better subjugate what is left of the human race.

I LOVE the aesthetics, the drift system and the trick system too, you really made my night, the only bad thing about the game is that it only has one race, thanks for creating this gem. By the way, it is tested on an Old Windows 7 32-bit PC and it runs super nice

This game is great I love the vibe! (5:24 is groaning steel)

When you like Silent Hill and Need for Speed

I'm late to the party, but I love everything you did with this project. The concept of some unnamed evil descending on Earth and fusing flesh and metal into hideous cyborg abominations is thoroughly enjoyable. Your old school take on racing games with secrets to be found within and beyond the track is amazing and really makes me mourn for more dense game design. I'm sure you moved on from the idea long ago, but I would adore an extended version of this game with more tracks, more cars, and more secrets.

Thank you so much! I don’t have any plans of expanding this game, but I do think about it every once in a while. Maybe I’ll get back to it after I cross a few other projects off my list 😅

Love horror games and love racing games BOTH? HELL YEAH. I really enjoyed playing this game and doing the missions.

Hello. Are there more tracks than the New Angeles?

Flesh rained down from the heavens...

I love the game, but drifting is way too sensitive. I'll be trying to turn slightly and I end up entering drift for no reason

Reply
zarazlf3 years ago
Awesome game as always, Thank you For Creating it
Reply
MisterBossMan423 years ago(+1)

My God this is metal AF!

this guy get's it

Any chance you might eventuially add other cars to race against? Really nice game but that kind of makes it feel empty

I don't have any plans to develop it further right now, but I will definitely consider opponents if I work on it more!

You was inspired by Carmageddon, didnt you?

you should tryt carmageddon, its free on mobile even with ads but still good gore and controlls, (thank fuck)

but the steering feels... weird

but almost everything else is really nice

Thanks for playing! The handling is something I want to address, but unfortunately it's a deeper issue than I expected. I will definitely release an update once I fix it.

Not sure if the steering is supposed to veer me off the road after pressing either right or left for more than half a second, but this was amazing! Even if I couldn't find the captured vessel. I spent an hour looking for it. :(

The steering is definitely an issue that I need to address if I develop the game further. As for the captured vessel, there are a few squishy humans standing near a very important looking switch...

Thanks! It was very well hidden in pain sight... I was finally able to get the secret "car". Now I won't drive anything else.

Honestly, this game reminds me of "Twisted Metal" and "Need for Madness". Both games that were super awesome in their own ways! (Bonus cool points if you actually know what "Need for Madness" is and played it) That being said, the tracks were weird, but I was digging it. Wouldn't mind having those on bandcamp, and I would've totally paid money if this was to be a bigger project. I know you said that this was likely going to be all there was to it, but I felt like you should hear that really has massive potential if you ever consider it!

You're in luck with the music, it's from Thana Orchard and all their stuff is on bandcamp! https://thanaorchard.bandcamp.com/

I used songs from a few albums, but mostly the album 2016.

I've never heard of Need for Madness, but I'm going to have to look into it! Thanks for playing!

you knocked this out of the park, the presentation and polish you brought to this is absolutely bonkers!!!! i wasnt able to find whatever the captured vessel is to free it but i had a ton of fun doing the rest of the missions

Thanks for playing! If you're still interested in freeing that vessel, there are a few squishy humans standing near a very important looking switch... You might have flown over them a few times ;)

Is it a full version?

As far as a game Jam game is concerned it's a full version! I don't have any plans to develop it further right now. 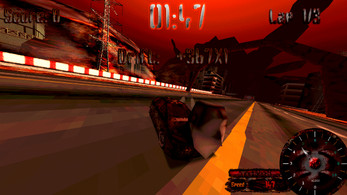 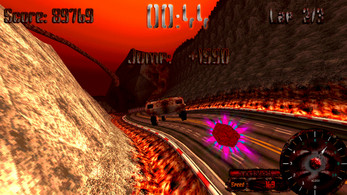 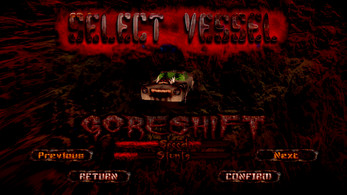 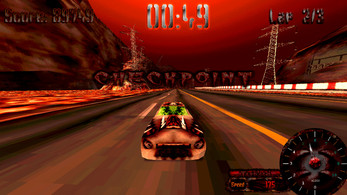