A downloadable Dream for Windows

Neko Yume is an ambient exploration game heavily inspired by games like LSD Dream Emulator and Yume Nikki. Explore a cat-filled dream with a day/night cycle and dozens of randomized events. Even if you have explored an area once, there is no guarantee that it will be the same upon your return.

i love these kitties

i downloaded the folder for this game but i cannot run it for some reason as it apparently "contains malware or potentially unwanted software." i tried to run another game 'BioCrisis' which lead to the same results..... why is this happening??

that's because it includes some stuff that windows senses might be dangerous. it's very common in game downloaded manualy, like you do in itch. it's most likely just windows finding something that Might be dangerous, but actually isn't so it's a false alarm.

so i'd say don't worry about it, because it's really common, and most likely isn't malware.

i say most likely because there is a small risk. but the only reason windows says it might be dangerous is because it uses thing that can hurt your pc. but those thing can only hurt your pc if the developer intended it to, aka malware. these thing that can hurt your pc is used for much more than just hurting your pc. many times it's just so the game can save, because it needs to be able to store data on your pc, or else it can't save. the reason windows finds this threatening is because it needs to be able to install things on your pc, which can potentially be dangerous. but if it's just a save file, it's not dangerous, so it's a false alarm.

or it might just be something else it finds suspicious. but remember, just because it might be dangerous, doesen't mean that it is. i personally wouldn't install a game that no-one has played, and gives this windows protecter message, but if it's a bigger game that i think i can trust, i trust that it's just a false alarm.

Reply
Beef Gravy Studios245 days ago(+1)
Your game starts at 00:00. This is fantastic! We enjoyed the strange world you created. The PSX choice was a great choice this experience. Would love to see you build on this. The cat fever dream land is a place all should visit.
Reply
Wind_sx245 days ago(-3)

(I am a native Chinese speaker)

Thank you! But the title is actually Japanese!

This is unironically one of the best LSD:DE type games I've ever played. It rivals the original.

This is prob one of my favs

I just wanted to let you know I really enjoy Neko Yume and played it multiple times on stream. Love the cat monks btw.

this game is like lsd dream emulator but with cats

I'd love to buy the full game! Just noticed this was a demo eek!

This is very interesting.

I played this game on stream a few times so far and everytime it turns out a bit different. Really love this game for all it is!

gorgeous and compelling. Just played LSD:DE this morning and ending the day with Neko Yume was perfect. I sincerely hope this is going to be a finished game eventually.

I love the graphics! Very amazing

What happened with your game?
Why does it crash on startup?

I know I'm hella late but with the shitshow year we've been having I'm only just editing footage from February. Whoops.

I played the demo as part of the PS1 Haunted Demo Disc and I knew right away that I wanted to start with Neko Yume. It feels like if David Lynch made playstation one games about cats while on LSD and I absolutely love it. I hope you're continuing development on this game because I can see myself playing A LOT of it. If you aren't, I'm incredibly grateful for what you have bestowed upon us all, nonetheless.

will it ever be available on windows? it looks super cool!

I stumbled across this on the Haunted PS1 Demo disc! As a fan of LSD Dream Emulator, I am super impressed! I love what you've done! And the cats are a great touch! I'm looking forward to a grand version! I know obviously this is a work in progress, my biggest suggestion would be to work on the sounds the ground makes. Different floor textures providing different sounds was part of what made the LSD experience for me!

Is there as way to use the mouse to look around?

This is true art. Or not? Find out for yourself. I'm glad I did!

can you put this on mac too please?

A very unique experience, reminded me of LSD simulator for the PS1.

I loved the influence of cats in the game, the only thing I missed was a clear goal to pursue but that's just how these kinds of games are, they expect you to explore on your own.

Reminds me of Yume Nikki

That was one hell of game! Thats an experience. Very unique and interesting. I made a short but enjoyable video so enjoy!

According to science, this is EXACTLY what cats dream about.

You know, I always thought that LSD Dream Simulator needed more cats. Jokes aside, I do wonder what a full release would lead to. Gameplay starts at 6:29.

NGL, there honestly needs to be more LSD Dream Emulator-stylized games like this.

I haven't played it, but I love how the graphics look.

Reply
zarazlf2 years ago
Uhhhhhhhhhhhh.. My gameplay, the game was fun to play, hope the next release be more better
Reply
robobuzz2 years ago(+5)

I agree... This is cool and all, but it's not really anything we haven't already seen, except now with cats. Hoping the full game will be a bit more original!

I hope the game will be interesting and strange))

I am really looking forward to it！ 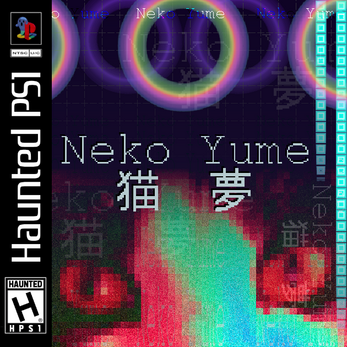 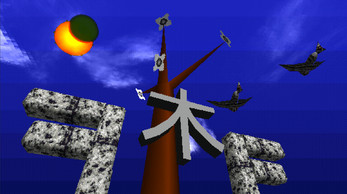 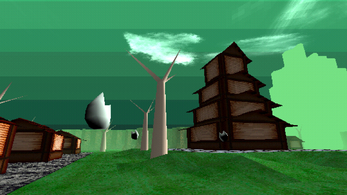 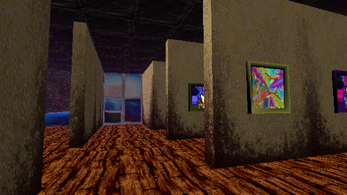 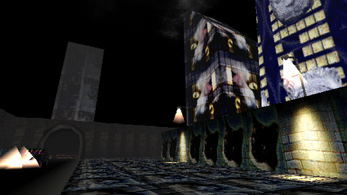